Living in Community: understanding my role in the Opioid Crisis 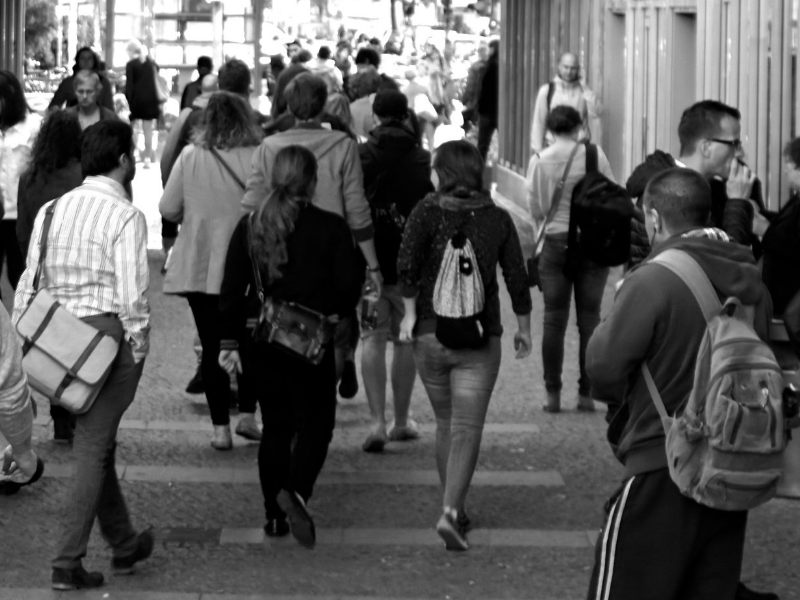 It’s the worst it’s ever been.

Last month I sat down with a friend for soup, and she started talking about the opioid crisis in Vancouver. We had met in 2018, shortly after she finished working in social services in the Downtown Eastside. Habibatou Ba looked at me and said; “It’s the worst it’s ever been, Anna, and we aren’t talking about it.” I balked. I did not want to hear that; that’s where we were years ago. Worse than ever.

When I hear about deaths related to contaminated drugs, I feel hopeless, angry and yet also like it’s something happening somewhere else. Let me be clear, I care deeply about people who use drugs, but I don’t always know what to do and I don’t usually identify with the deceased. I’m writing this article because I want to share about my journey towards understanding how my attitudes and personal experiences of substance use clarify what my role is in the opioid crisis.

At lunch Habi reminded me that people don’t die by the thousands, in isolation, apart from their greater society. I then wondered how I would feel if I imagined these deaths happening to any other group of people. Imagining 1000 dog-owners dying, or people who went to the same university as me, I can feel my heart beating faster. I feel afraid and want to get to the bottom of it right away, stop everything, whatever it takes. Reflecting in this way, I suspect that the stigma associated with street drug use is a part of how I have distanced myself from the tragedy of the opioid crisis.

Another way I have distanced myself from this tragedy is by buying into the paradigm that makes some substance use legal and okay, and some substance use illegal and not okay. Consider that drug deaths are political deaths, based in the colonial legal framework of the State of Canada. The federal government’s framework tries to dictate what is legitimate and illegitimate behaviour around substances, criminalising folks who use substances differently. However, many systems experts and people who use illegal substances are currently throwing this paradigm out. With this paradigm shift happening from so many directions for years now, I thought I was advocating for change too; until I sat down and started writing about my own experiences of drug use.

Allow me to take you back in time to Kerrisdale in the 90s/2000s. I grew up a white middle-class girl on the West Side of Vancouver. I always had amazing friends in my life, and in our teens we began using drugs. My community used plant-based drugs like alcohol, cannabis, and mushrooms; as well as synthetic drugs such as SSRIs, Benzodiazepines, mood stabilisers, Ritalin, MDMA, LSD, cocaine, heroin, crack and crystal meth. Most of the time it was to cope better, have fun and explore ourselves, but some of us did experience addiction and suffered a lot. Almost all of us still use drugs, mostly alcohol and cannabis.

I’m sharing this because my experience has been that everyone uses things to alter their state, and there is no “us and them.” At the same time, I have had biases against drug-users, and seen them as “the other,” unlike me. I have divorced myself from this group, because I currently have legal drugs-of-choice, and I don’t use them as frequently as I assume other people do.

My realisation now is that no one should be defined and judged by how they have fun, pass time or cope with systemic suffering. As you and I make our choices, we must respect others to make their choices too. To miss this piece of the puzzle is potentially harmful, as it can lead to thinking drug use is somewhere else, someone else’s issue, and somehow their fault.

Faiza Khalil, a fellow counsellor at Peak shared her experience with me recently, writing: “as a South-Asian woman, I lived in a conservative home where many topics such as mental health and substance use were not discussed – as if they didn’t exist. From a young age, I knew my parents had the “immigrant dream”, and perhaps part of their learning on how to achieve this was to remove any barriers that could prevent this from occurring. Being surrounded by family members with this limited perspective, I observed and recognized the consequence of this, with the amount of judgement and stigma associated with these issues.

Fast forward to my early twenties, I found a lot of meaning in connecting with, and supporting folks in the Downtown Eastside. It no longer was about a person’s actual drug use, however, I resonated more with the “why?” Themes such as pleasure, trauma, chronic pain, grief and loss, violent poverty, depression, associated with systemic oppression (which are collective human experiences) were some root causes for their drugs of choice.

A tragic truth that is part of my reality, along with many others, is the countless number of times that I’ve been notified that someone that I just saw the other day has died from the toxic drug supply. The most difficult thing to come to terms with, is knowing that these are deaths that can be prevented by federal policies.”

At the current trajectory we’re on, 2000 people may die in BC this year.  This number is on par with how many lives have been lost to COVID in BC, yet the outrage and community response is dramatically different. Organisations like CAMH, Vancouver City Counsel, the BC Coroners Service and Vancouver Coastal Health have recently gotten behind making safe drug supply a reality, recognising the long-time work and experiences of grassroots activists VANDU and DULF. By advocating for their rights to use drugs safely, these folks have been resisting massive stigma in our society. (You can learn more about some of this work on the Crackdown Podcast).  This month, influential groups in mental health, health care, and municipal government are joining together to petition the federal government to allow safe supply.

Along with safe supply, we also need to take care of one another.  The First Nations Health Authority outlines how some Indigenous communities, who are disproportionately impacted by the opioid crisis in Vancouver, prioritize community care as a way to support the vulnerable people in their community. This holistic approach includes creating safety, connecting with culture, and a focus on relationships.

As COVID-people, we’re starting to understand coming together for collective solutions. As the above groups try to influence controlled substance policy at the federal level, how can we influence our communities for the better? Maybe it’s by recognising the common humanity of all people.  Maybe by talking to one another about our own drug use. Then maybe we can listen to people when they say what they need. We can’t expect politicians and public health to do everything to end this crisis, they are not the only ones with power.

This article is written in honour of the lives we’ve lost and the lives that have been impacted by the opioid crisis.